I’ve written plenty of bios in my time, and I’d like to try something different with this one. You can search ‘Prakky’ elsewhere if you’d like to know about my employment, career background, and so on. But for this writing life, let me try a different tack …

I’ve been phiff-phaffing around with writing for a long time. Goodbye Newsroom was the first manuscript which had had a 1) manuscript assessment and 2) professional editing. I have other manuscripts drafted, and my second novel will be released in October 2019. A sequel to Goodbye Newsroom is in the works, too.

In one way or another, I have been writing all my life.

My father bought me a little red typewriter when I was in primary school and I taught myself to touch type. I wrote a weekly column for my school which was published in the local paper; wrote the school play in year 7; wrote a serialised (overly dramatic) story which was read out almost daily by my teacher. So yes – I had a lot of encouragement at school. I was even given the keys to the school bookroom, so I could check out the books as easily and frequently as I liked. It was a government school in a low socio-economic suburb of a steel city, so I consider myself very fortunate to have had teachers who recognised and supported me in those ways. 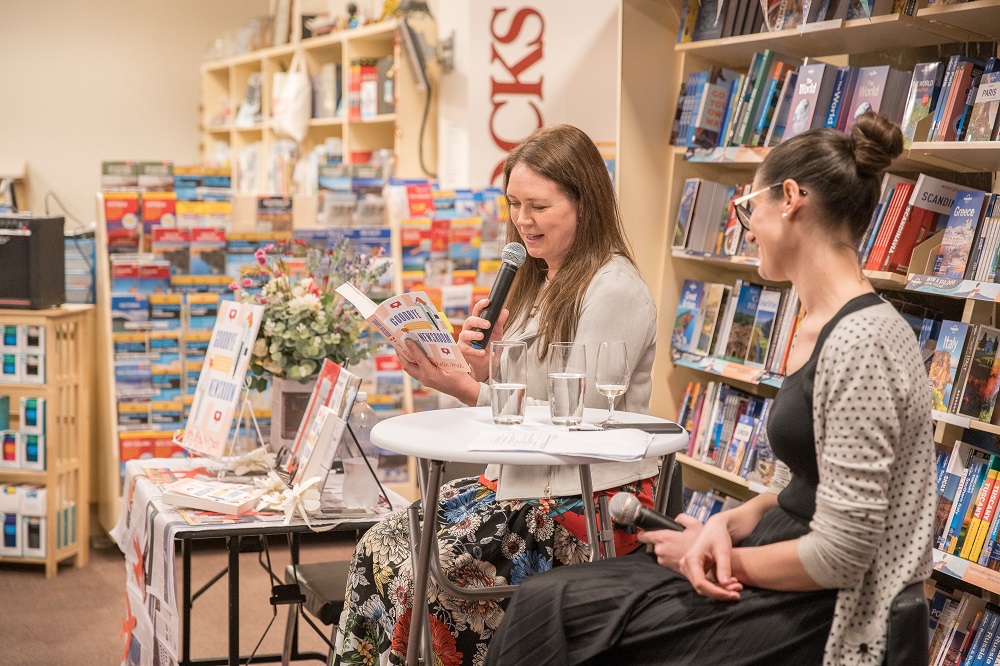 Fast forward to uni, I studied journalism but quickly learned I didn’t want to be a journalist. I was writing short stories, had one published in Meanjin in ’91, and a few others in various publications which have since become defunct.

Then I moved into corporate communications jobs and pushed away any desire to write creatively – instead I was writing media releases, speeches, briefing notes, newsletters, columns, blogs, tweets, you name it. I did join the SA Writers’ Centre Board, to ‘give back’ in a way. I’m still a member and I love taking part in its workshops. Some of my short stories and articles can be found on my Medium channel.

And a bit more about me

On a more personal level: I’m an early bird, and get my best work done between 7.30am and 12 noon. I do think the modern world needs siestas. I still marvel at being able to stream and binge TV shows. I like bitey cheese. I loathe fruit cake. And I’m mother to two teenage sons who would never dream of cracking open one of my books, but who never fail to give me hugs and say “good on ya, Mum”.

I’d always love to hear from you: you can leave comments here, or tweet me @prakky on Twitter or see me at the “Michelle Prak Author” Facebook page. Thanks for getting this far through the page …