Jordyn Fairweather has worked hard to reach the top of the magazine world, but now she’s in trouble.

Younger stars are scrambling to steal her crown, and media companies are collapsing around her in the face of a new threat – the internet.

She’s come a long way from small town Beddo, where she obsessed over teen glossies until pushing her way into an internship with Sixteen magazine. But if Jordyn’s empire is going to survive, she needs to move fast and keep reinventing herself…

Spanning the late 90s and 2000s, Media Queen is a compulsive read with an outrageous main character. It comes with the essential ingredient that Jordyn demands of all her stories: juice.

“This story of Jordyn Fairweather and how she got to be how she got to be is quintessential chick lit. Like sit on the beach and chill chick lit. It’s snarky and plot driven. I liked and disliked Jordyn at the same time! Prak’s development of the character was such that the insight provided to the reader made Jordyn a three dimensional character. Jordyn is, excuse my language, a bitch, but one with glimmers of humanity.” (Five stars from Stephanie on Goodreads).

“I loved this book. It moves fast even though it spans 20 years. Jordyn, the main character, takes drive and ambition to the next level….I haven’t read the first novel in the series and I will be reading it for sure but you don’t have to have read it to enjoy the book.” (Five stars from Debbie on Goodreads).

“I have loved this second book in the Holly Anna series. I think it’s really clever writing that this book is history of the rival to Holly Anna, Joryn Fairweather. Even in her teens Jordyn is a bit of a grumpy guss but she has such a passion for writing articles that’s its hard not to like her a little bit. She worked hard to get where she got and in the end you begin to feel a bit sorry for her.” (Sarah on Goodreads).

“While I was hesitant to get into the book seeing as it is the second one on the series, I was pleasantly surprised that it did not make me feel like I was missing out on another part. Although I am planning to go back and read the first one to better enjoy these books. The writing just flowed together and I caught myself turning page after page. It is definitely a book that you can get caught up in. I enjoyed getting lost in this book and look forward to requesting it to everyone!” (Five stars from Ruby on Amazon.com)  Read more about Media Queen.

“I have loved this second book in the Holly Anna series.” Sarah on Goodreads.

“This book was a quick, wonderful summer read. I loved all the characters in the story. You really became part of the book and wanted to know how everyone would turn out.” Bookbabe on Goodreads.

“I loved this book. It moves fast even though it spans 20 years. Jordyn, the main character, takes drive and ambition to the next level.” Debbie on Goodreads.

Book No 2 in the #HollyAnna series – following Goodbye Newsroom – Media Queen can also be enjoyed as a standalone novel.

Buy direct from the author, for a signed copy! (Aus only) 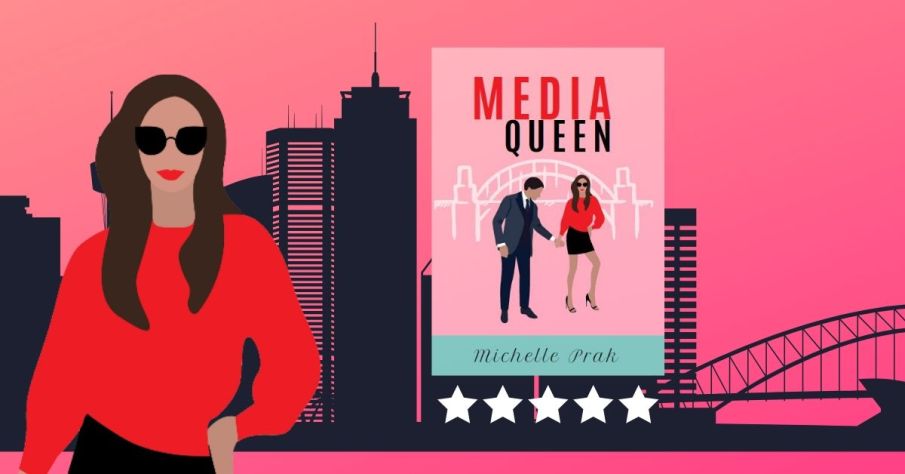