There are a lot of elements of truth to my new book, The Train Guy. I’m no Charli (the main character), but my world is a little like hers.

I live in an older home in the inner-western suburbs of Adelaide. There’s a cute train station within walking distance, and it is indeed well-tended by local volunteers. Its banks are covered in green plants and colourful flowers. The train underpass is decorated in beautiful suburban paintings, and there are old-fashioned iron bench seats on the platform. It’s a lovely spot – as far as train stations go – and I’m thankful to the community who puts so much time into maintaining it.

The image below is taken at that pretty local station … 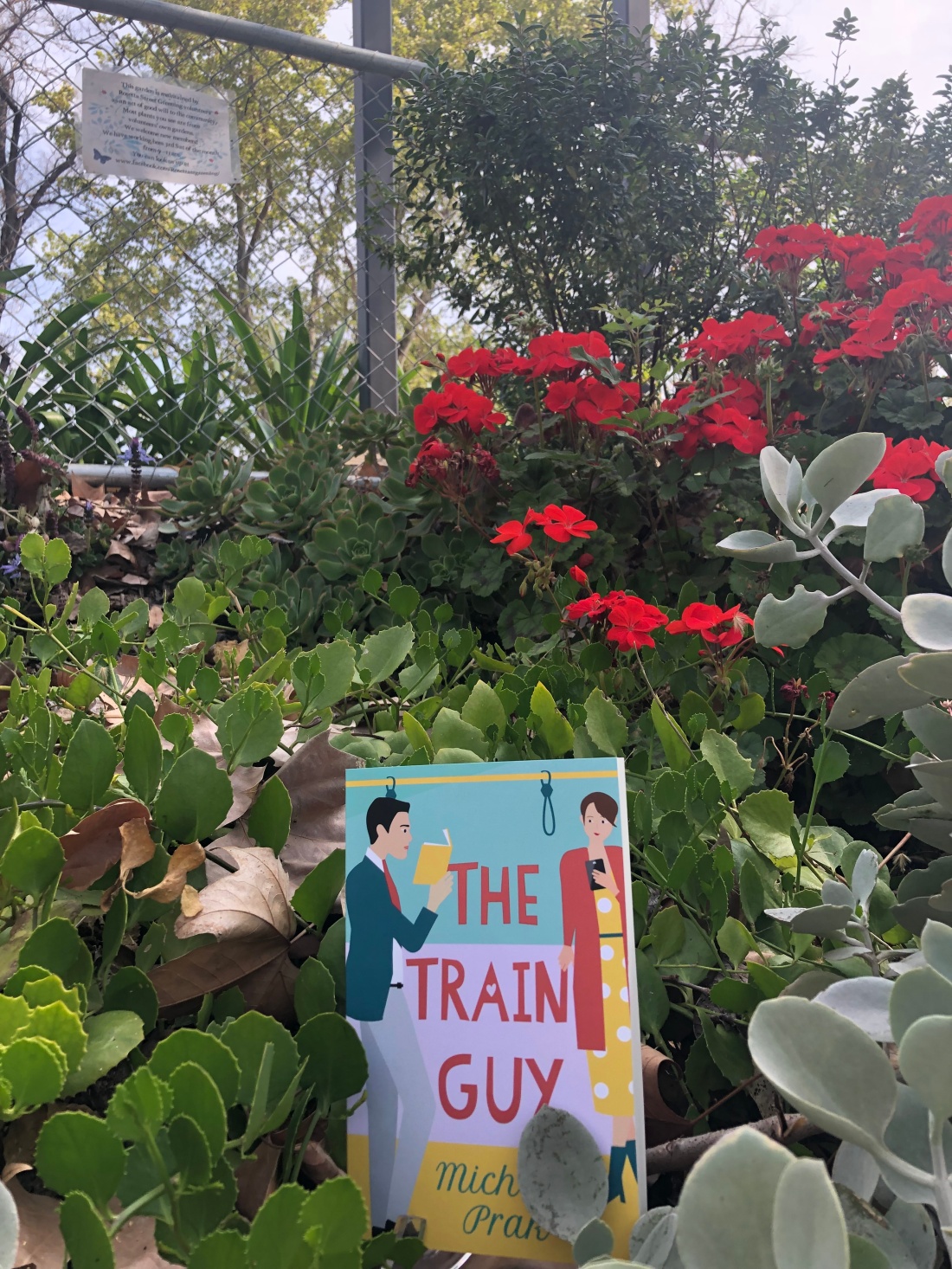 I don’t catch the train much these days, but once upon a time, I did. Over the years I’ve had a few jobs in the city centre – journalist inside a government department, website editor for the tourism commission, PR consultant in a successful PR agency.

And each morning, I saw the same people waiting alongside me. There was no Train Guy on my commute, but I did wonder about everyone else’s stories. I wondered where they worked, where they lived in our suburb, if they had family, and if they were happy.

We all like to think we can approach neighbours at a local train station, and have a chat, but life doesn’t really work like that. There were friendly “good mornings” and occasional sharing of gripes about late trains. But everyone tends to stick to their own spots, their own soothing routines while they wait. That’s even more so now, with our phones entertaining us.

I hope that The Train Guy finds its way into the hands of many commuters. Who knows, maybe it will inspire a real-life Charli to look up and say hello the cute guy she noticed a long time ago …

You can buy it on Amazon now!

Author and PR consultant. View all posts by Prakky